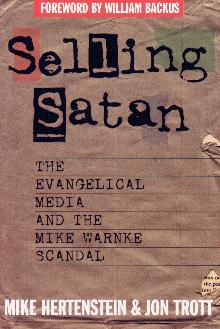 The Evangelical Media and the Mike Warnke Scandal

Doggedly determined to get at the truth, two reporters show how it's done. For Mike Warnke, it's a not-so-funny day of reckoning, his real past a denial of what he's told millions. Here's a wake-up call for those in evangelical music and publishing who periodically plop frauds and unverified tall tales on the Christian public: it's high-time marketing takes a backseat to biblical priorities and common decency. A vote of thanks to Jon Trott and Mike Hertenstein.

How refreshing it is to see Christians trying to clean up their own very messy house. It is a model of the way in which outlandish claims, such as Warnke's, should be investigated.

Does it really matter that Warnke's testimony was false, given all the people he ministered to in the past 20 years? The answer should be obvious. The fact that it apparently was not - to so many for so long - shows why truth-telling, such as the kind performed by Hertenstein and Trott, is so rare and so needed.

Selling Satan will be to religious journalism what Silent Spring or All the President's Men were to mainstream publishing. With the release of this one book, the age of accountability dawns in Christian communications.

Bob Darden
editor of the Door

Selling Satan is a journalistic tour de force. Jon Trott and Mike Hertenstein reveal a man with a large and influential following whose duplicitous and mandacious stories of having been a satanic high priest have in part engendered the current popular satanic scare.

Robert Hicks
law enforcement specialist, author of In Pursuit of Satan: The Police and the Occult